Pac-12 football is back.

While it may only be a seven-game season, the Conference will be playing football come November, and by all indications, everyone involved could not be happier. This is welcome news, as Pac-12 fans have been left on the sidelines watching the other Power 5 conferences proceed with their seasons.

Unfortunately, fans will not be allowed in the games.

This will have major implications not only for ticket revenue, but also for the experience of players and everyone else involved. While we can’t know how it will feel to watch our teams play in empty stadiums, here’s a sense of how it will affect the games and teams.

It isn’t easy to overlook the factor of crowd noise when we talk about college football, though it’s something we’ve often taken for granted. Crowds play a huge role in the outcome of games, both at the college and the professional levels. When the home team is on defense, stadium noise, especially from a rowdy student section, can make things difficult on opposing offenses.

We saw a great example of the role home crowds can play in last season’s Penn State-Michigan game in their iconic white out game, when Nittany Lion fans forced Michigan to take a timeout even before before the first snap. Crowds can significantly alter a game, particularly in loud stadiums. When teams and coaches know they can count on fans to respond, they are able to incorporate the noise strategically into the timing and emotion of key plays.

There is something special about the hype on game days, both for fans and for players. The hype begins first thing in the morning. Fans throw on their gear and head out to the stadium with friends to tailgate. As the stadium fills, and the team appears, the adrenaline increases for players and fans alike, feeding off each other’s energy, and making the game and stadium atmosphere all the more exciting and entertaining. 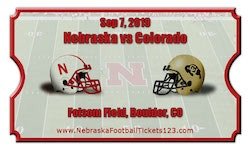 Probably the most significant consideration in not having fans in attendance is the loss in revenue. College athletic departments depend on the income derived from ticket sales, concessions, advertising, sponsorships, and other related sources.

The average college football program rakes in an average of $31.9 million in annual revenue.

Programs such as Alabama and Clemson are less dependent on game day revenue, given their extensive boosters and endowments, but schools like Colorado and Oregon State can not exist long without. Even if at some point the Pac-12 schools let fans in, revenues won’t come close to the levels they require. 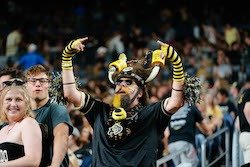 There is simply nothing like college football. The bragging rights, the rivalries, the exuberation, the heartbreak and every other aspect of the experience contributes to the special atmosphere college football provides. Sure, we can watch the games on TV and root from a far, but nothing can compare to the pageantry of a game, especially in a rivalry such as Colorado vs. Nebraska.

The history, the bad blood, the overtime, the comeback wins…It’s unique in the world of sports. What will it be like with no fans in attendance? We’ll have to wait and see. Regardless, it can’t take away from the excitement of having college football back. 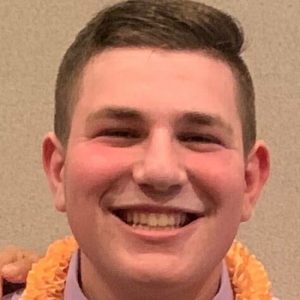