As I tried to collect my thoughts after Gonzaga’s thrilling overtime win over UCLA, my head was spinning and my heart was racing. I can’t imagine what those who participated in the game must have been feeling at that moment.

Let’s start with this: Nobody was giving UCLA a chance.

After Baylor’s dismantling of Houston in the first semifinal game, CBS commentators Charles Barkley, Kenny Smith, and Clark Kellogg talked of the potential Gonzaga-Baylor championship as if it was a virtual certainty.

Not only was nobody giving UCLA much of a chance, but normally unbiased commentators were openly sharing their preference for Gonzaga. Seth Davis joked with Candace Parker about the possibility of picking the Bruins in an upset before Parker admitted that she was rooting for a Gonzaga-Baylor matchup.

The problem with this line of thinking is that it wasn’t shared by the Bruins.

Maybe the Bruins took some extra encouragement from seeing a couple of Pac-12 schools take care of business in the Women’s Final Four the night before, including Arizona pulling out a win over heavily favored UConn in a game the experts gave them no chance to win.

Wherever that sense of belief came from, UCLA took the floor looking like they expected to win.

Gonzaga, for their part, looked happy to have a worthy competitor. Sometimes when a heavy favorite is punched in the mouth right away they struggle to get their bearings. That wasn’t Gonzaga last night. With an undefeated record on the line, Gonzaga seemed content to trade haymakers for as long as was needed.

(If you missed the game, or haven’t watched the highlights yet, I implore you to stop what you are doing right now and do so. At the very least, watch the final 46.3 seconds in the video embedded below. I’ll be here when you get back.)

It’s late as I write this, and I’m still delirious, so I don’t want to lay on the hyperbole. Let’s see how the season ends before we slot this game and that shot in the all-time rankings. But we can at least start the conversation.

I can’t remember watching a game where so many players on both teams seemed so unafraid of the moment. Nine starters finished in double figures and most of them shot more than 50% from the field.

Every single one of those guys made an absolutely HUGE play down the stretch.

It may be forgotten in time, but there was actually a stretch in the second half when Gonzaga looked like they were going to take control. They had extended the lead to 66-59 with 11:00 to play and the commentators were saying things like, “This is a dangerous time right now for UCLA.”

UCLA then went on a run to take a 71-70 lead with Tyger Campbell scoring eight points in that stretch.

Beginning with Campbell’s shot that gave the Bruins the lead, there was a span where seven different players scored—a veritable flurry of awesomeness.

• Joel Ayayi had a scoop off the glass that hung on the front of the rim for what seemed like forever.

• Corey Kispert buried a three to give Gonzaga the lead only for Johnny Juzang to regain the lead with a three of his own.

• Jalen Suggs tied the game with a fadeaway jumper in the lane then made what seemed like the play of the game when he blocked a Riley dunk attempt, retrieved the ball. And then Suggs fired a one-handed cross-court bounce pass to a streaking Drew Timme for an emphatic dunk.

It was a five-minute-or-so celebration of basketball nirvana, and I didn’t even mention Jamie Jacquez, who made two huge free throws near the end of regulation.

Or Andrew Nembhard, who hit a step-back three late in overtime (before Jacquez immediately answered with a three at the other end).

It’s truly a shame someone had to lose this game because both teams made an abundance of winning plays.

Of course, the play that will be remembered most is the buzzer-beater by Jalen Suggs. About that shot, a few things need to be said:

It was preceded by a game-tying basket by Johnny Juzang, which is important to point out because Juzang was absolutely brilliant in defeat, scoring 29 points on 12-of-18 shooting. Gonzaga had no answer for him defensively.

Because Mark Few opted not to call a timeout after Juzang’s shot, which allowed for the final seconds to unfold seamlessly, my hope is that these two plays will be paired together in future highlight reels as a reminder of how sensational Juzang played.

Suggs’ shot will be shown on those highlight reels right alongside the buzzer-beaters of Christian Laettner and Kris Jenkins and Bryce Drew. Ironically, the buzzer-beater I first thought of in the moment was Tyus Edney’s coast-to-coast drive in 1995, the most iconic UCLA moment in my lifetime.

Edney’s shot came in the Second Round against Missouri, and he memorably went the length of the floor in 4.8 seconds. Ever since that game, I’ve always had it in mind that if a player has 4.8 seconds or so, they can make it from one end of the floor to the other.

Juzang’s basket came with 3.3 seconds to play, so I immediately started calculating in my brain how far Suggs might be able to get before time expired.  He made it about two steps beyond half court before letting fly.

Prior to Suggs’ shot, the single most memorable Tournament moment for Gonzaga had also come against UCLA. Of course I’m referring to the 2006 collapse in the Sweet Sixteen which left Adam Morrison in tears, and left many wondering if Gonzaga would ever get over the hump and reach a Final Four or play for a national title.

For all the success Gonzaga has had over the last 15 years, they haven’t had a moment that registered on the same level. The Suggs shot changes that. This is the single-greatest moment in Gonzaga basketball, and having it come at the end of a thoroughly entertaining battle with UCLA has to make this moment even sweeter for Zags fans.

As for what comes next, Gonzaga will begin preparing for Monday night’s title game. Based on the way Baylor looked against Houston, they should be a worthy challenger.

Yet, I have a hard time imagining the Bears of Baylor are capable of playing any better than what we saw from the Bruins of UCLA. 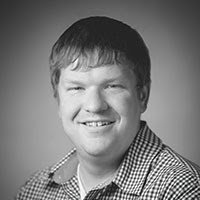 Mark Schmor
writes on a variety of national sports topics as a columnist for SportsPac12. His writing also appears at the blog MarksMoments.com.